Oldgas.com Home
I've been in North Carolina for the last 2 days looking at properties to buy and move to from California. While driving around, I've come across a couple nice signs displayed. One place has a lot of them. Not sure if any are owned by someone on here, but whoever it is, they sure have a VERY nice collection. These were taken from the side of the road. Hoping to spot a few more while I'm here for a couple more days. Hope you all enjoy. 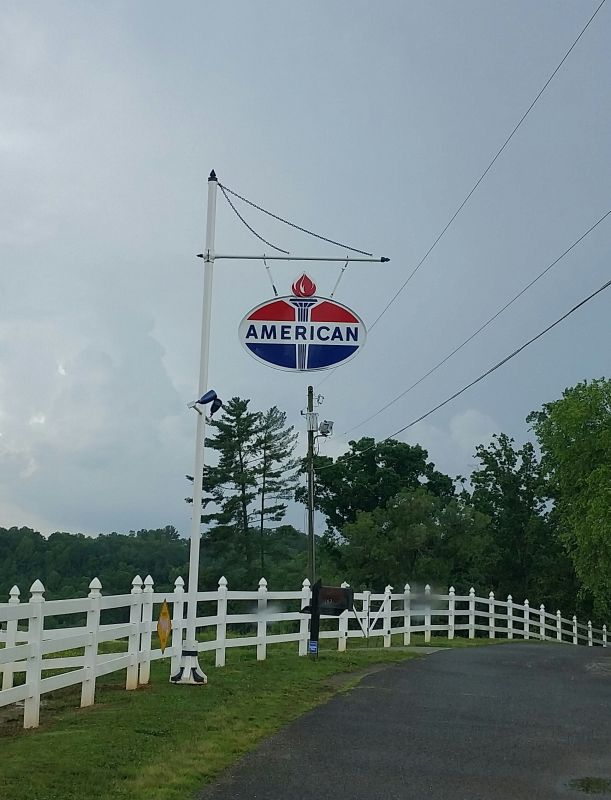 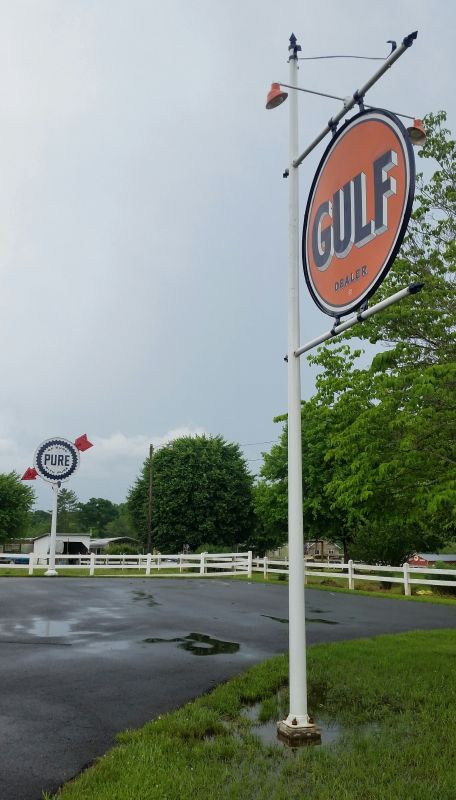 Nice!
sweeeet !!!
Nice pictures. Thanks for sharing. What do you think of the area? Better than California? I am not ready to move right now but I too want to leave California.
Matt, if I see three semi's loaded with pumps heading east I will know it's you.
We love it here. We're looking in the Mt Airy area. Everything is a much slower pace, gas is cheaper, houses and property taxes are cheaper, and everyone you meet or talk to seems really nice. When you go into a store to buy something, they not only greet you when walking in, but they thank you for your business and tell you to have a nice day when you leave. Also, when you hold a door open for someone, they actually tell you thank you. I haven't seen this kind of kindness or appreciation in CA for a long long time. Also, the amount of gas and oil stuff out in the open on display is crazy. If it was back home, someone would have stolen most of the stuff by now.
Here's a few quick photos from today. It's amazing how much of this stuff is out proudly on display. There were also more signs on the side of barns that were on people's property, but I didn't want to intrude to take those photos. All of these were taken from the side of the road. 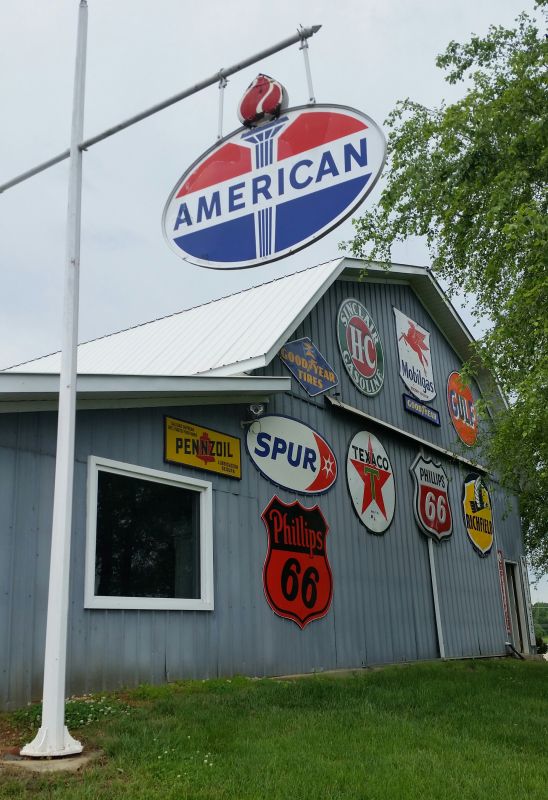 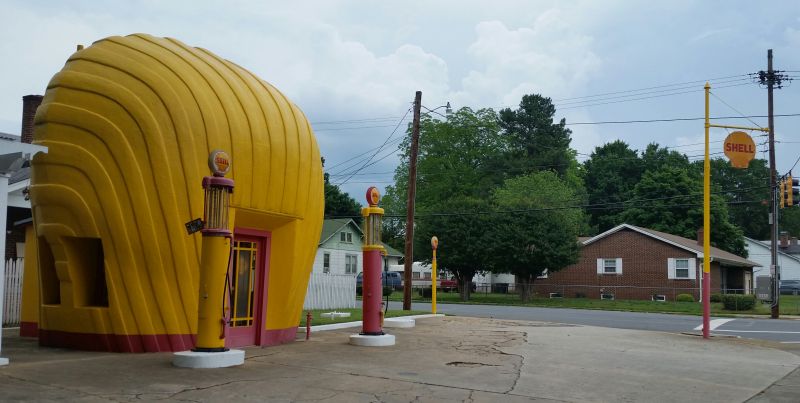 The Shell Station is insane. I have a daughter in Wilson NC. She loves it there.
Great pictures Chevelle. You are so right about the people in North Carolina. My sister lives down there and we love it. Tennessee is another of my favorites. Great people and plenty of petroliana around the area. We looked at properties in Tenn. but just couldn't leave our Cape Cod home. Your California money will go alot further in N. Carolina. We couldn't believe the prices down there compared to Mass.
Think you want to move from Calif, Try living in Portland Oregon and then see how fast you want to move.
Originally Posted by 796Chevelle
Also, the amount of gas and oil stuff out in the open on display is crazy. If it was back home, someone would have stolen most of the stuff by now.

...oh, they steal it here, too - ask Miles Little...
I've been to Portland once, and that was more than enough times for me lol. I'm heading back to CA today, but will heading back to NC for the big move within 3 months if everything works on purchasing the home we found and love. I was able to stop at a big antique store on the way to the airport and found these texaco paint cans. The 1 red was opened, but the rest are all NOS (some were dented). I bought the best 2 of each color (5 colors total). Had to ship them through UPS on the way which cost more than the cans lol. 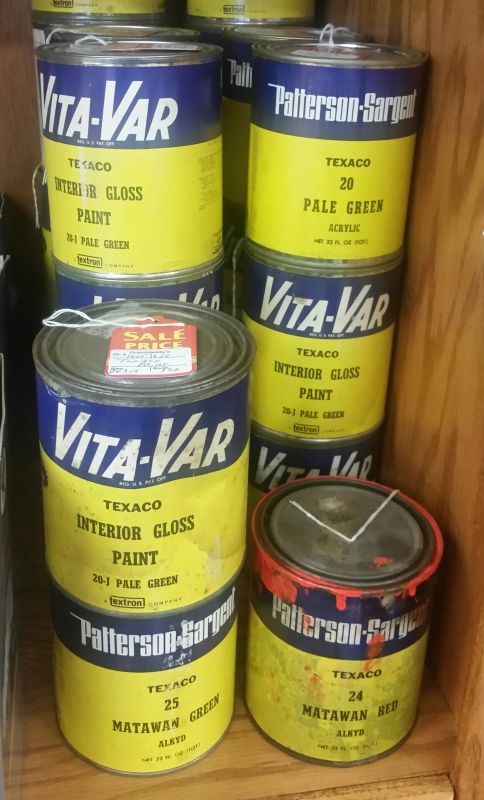 My best friend Ron who passed in 2012 has three daughters who live in Portland and love it so what's wrong with it ?
© Primarily Petroliana Shop Talk