Oldgas.com Home
I found 3 Erie Clockface double sided heads in Western NY last week. Here are my track through the snow toward the round metal building. The heads came off the bus station in front of this property back in the 30's. I'll listen to offers. 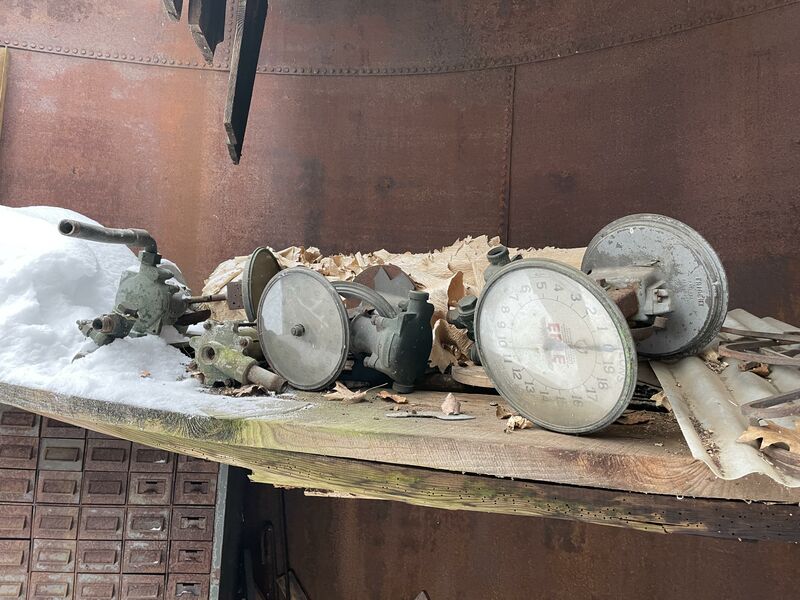 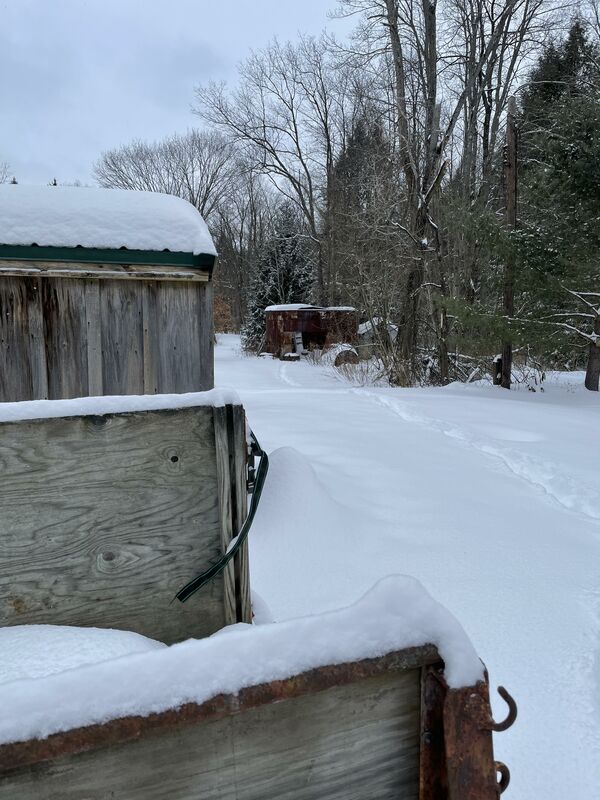 It's just disappointing to not learn of selling costs and technical info. even if I don't have a horse in this race.

Sorry, just ventng.
Thanks for the input Randy, like you I don't have a horse in this race. Personally, generally speaking I think we need fewer rules not more.

If I see something listed in this section here's what I know ... there's emails and pm's going back and forth trying to put a deal together....and i think that's a great place on the site to do that. Not really sure why anyone thinks the seller owes them an explanation of who they sold it to and why.

If it's in the general for sale section then a agree wholeheatedly, there should be protocol.
Not saying anyone needs to know why or whom things are sold to. Just when comments are made about things being sent and then follow up OR SAY BEFORE THAT COMMENT IS MADE that another deal in the works. Everyone here is entitled to do what they want.
Ya'll want some cheese with that WHINE?!?!?!?!? I have found that the best place to buy/sell items is Ebay, that way everybody gets a chance to bid on the item. Seller very easily could get the best price for rare items and will usually determine the going market price at that point in time. Sometimes higher than normal, sometimes cheaper than normal, but usually fair for everybody. Sorry to say but there is NOTHING fair about the sale of items on Old Gas, it all depends on the person selling the item(s) for sale. I have dealt with a few folks on here...most folks I have dealt with I would deal with again, some I would NEVER deal with again. Some folks from how they present themselves here in the forums, I would NEVER deal with them no matter what. I remember a few years ago I advertised a pipe organ pump for sale on Craigslist. A guy called about the pump and said he would pay cash for the pump. He showed up and and told me he turned down pipe organ pumps for $2500 up at Hershey. I said "Really?!?!?!? I would buy every pipe organ pump he could find for $2500." Needless to say he didn't buy the pump or anything else from me and he never found a pipe organ pump to sell me for $2500. My suggestion is be nice to each other and treat each others the way you want to be treated. In order to keep the hobby alive, we need the next generations to learn the lessons the the founding fathers of this hobby lived by. Fairness, willingness to help others, honesty, and a friendly attitudes are the qualities that will keep this hobby alive and well. Back biting, dishonesty, rudeness, and cheating will ruin this hobby.
This issue is not unique to this site or any other. Lot’s of back door communication’s go on via other sites . marketplace , Farcebook , Craig’s list , and even EBay . It is not the site but the people who use them that do not deal with honor and respect and honor their word . The all mighty dollar rules to a great degree nowadays . I am sure many or some have made a deal and driven miles to pick up and item to find that it had been sold out from underneath you for a higher price . Or a deal made and then the item is pulled and no further communication . Or an item purchased and paid for and never shipped .

Sadly a lot of this can be attributed to the younger generation entering the hobby that were not taught that their word was the most important thing that an individual has . And as most can see it is not going to get any better . No honor ,no morals , and no respect is evident thru out society .

In the future we will find people will have to deal with a select audience of known reliable individuals that keep their word and have been proven to say what they are going to do and then do it . The world is changing for sure . And not for the better. This remark in no way reflects on the transaction but defends the site from blame . People are the problem . Some good some bad .
My two cents !
I enjoy oldgas and enjoy this site. I don't sell or post many things for sale here because I really don't sell much. I am a collector but don't consider myself a great pump expert/collector.

But this thread and what is being said is suggesting that I did something wrong or unethical. That is not true at all. Craig sent me a PM asking what these head fit. I did not know and still don't know. And by the time I found out the measurements, a guy had emailed/called and made me what I felt was a good offer and I accepted it. I NEVER made any promise or any commitment to anyone, so NOTHING I did was unethical in any way. Sorry for any hard feelings. The PM thread is attached.


Well now, as seeing your or should I say our PM , I did ask the question what they would fit. You DID say that you would have some measurements. That is what I went off of as a question that you were going to answer. You did not, and sold them. BIG Deal that you sold them to someone else that you had another thing going with. All I am saying and you just showed is that You were going to get back to me with an answer. YOU DID NOT. It is over ! There is no Way that I am calling you out in any way, I just do not like the way that some things are handled on here.
© Primarily Petroliana Shop Talk